I was doing the washing up when I noticed the fox, curled up on the wall and fast asleep. 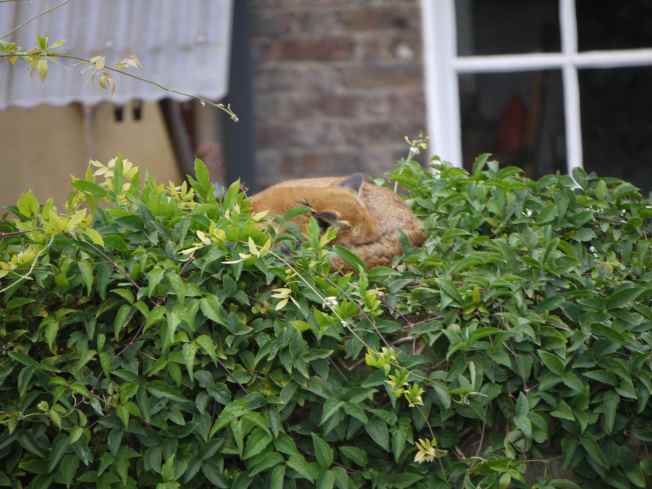 This is a new young fox, a male. I felt quite envious of his ability to snooze the afternoon away. Maybe it had been a heavy night. When I next looked, he had woken up, but still looked sleepy. 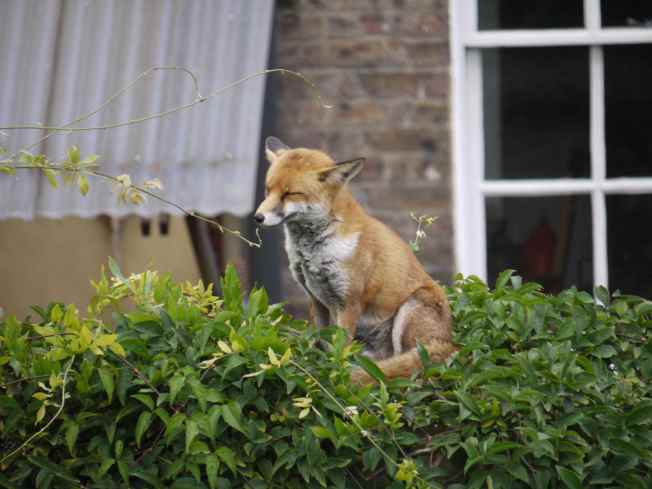 The sun had gone behind a cloud, maybe it was the change of temperature that woke him. He had a prolonged scratch. 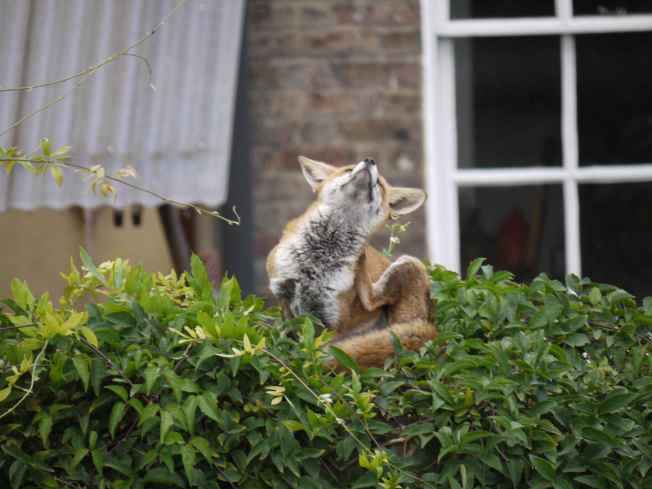 That seemed to wake him up fully, and he looked much more alert. 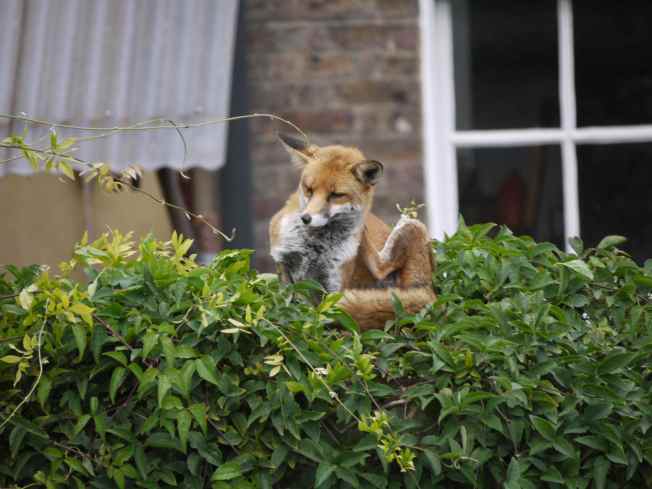 He stopped scratching and had a good look round. Then he stretched luxuriously. 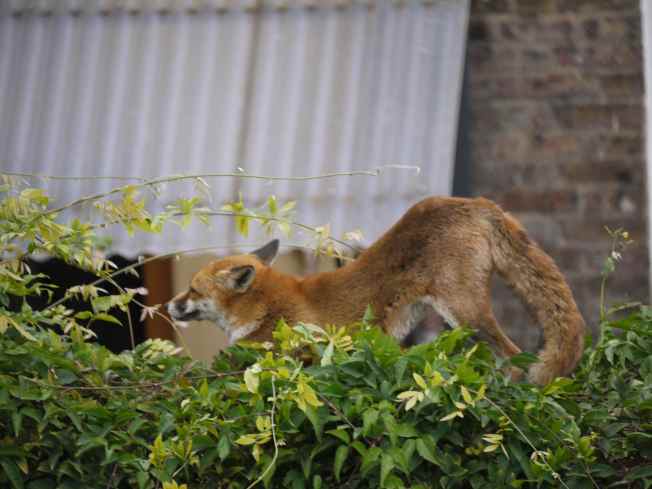 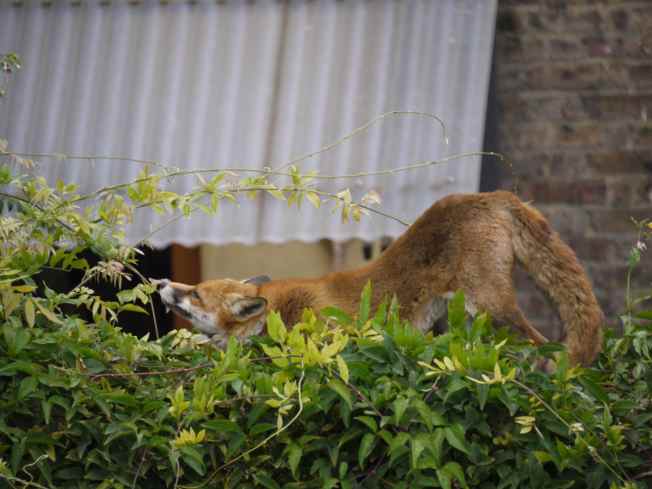 He pushed his nose into the greenery and I thought he was going to walk around the wall, and possibly jump down into our garden. 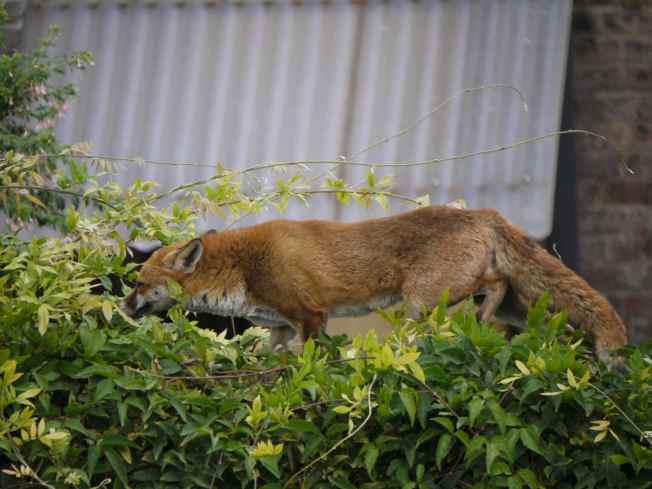 I was wrong. He was looking for a more discreet place to curl up. 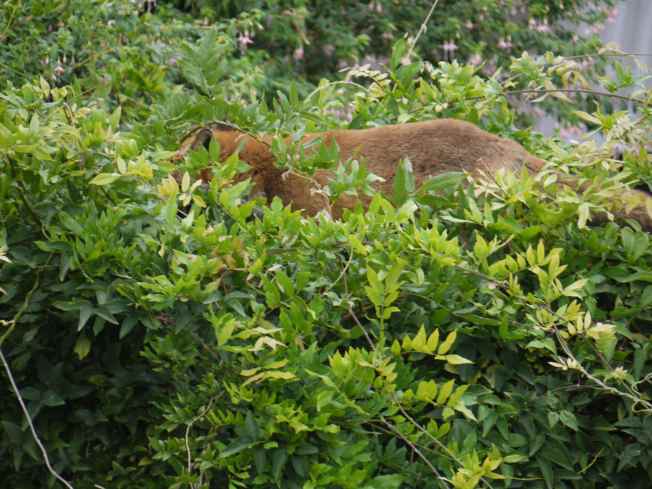 Getting Under the Covers

You might just be able to see a glimpse of his fur through the leaves. 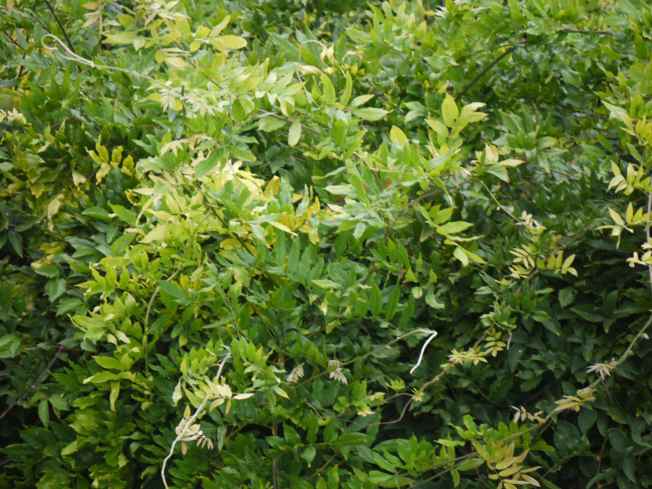