Maybe it is because my mother’s birthday at the end of November but my attention doesn’t generally shift to Christmas before December. Not so Commerce. Across London our shops have been jingling sleigh bells metaphorically and literally since the day after they put the pumpkins away. On a wet grey morning in Mayfair I saw Westminster Council workers getting the borough up to speed. The Oxford Street lights have been up for what seems like ages.
Blue skies would make these baubles more attractive. 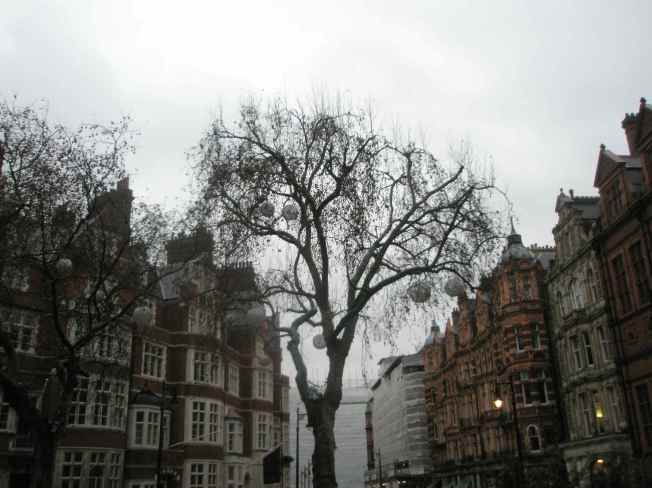 I’m guessing blue skies would have made the task of hanging in them more pleasant too.

Generally, the richer the area the more understated the decorations. In my part of London we have a blaze of colours, cascading blue curtains of lights. This business would feel right at home. 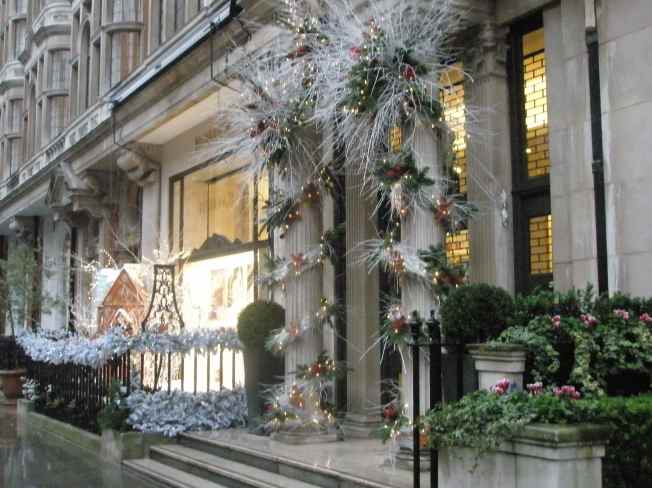 You can get more of the effect with this one.

Nearby, fir trees have been ditched for the baobab look.

While Claridges has gone with the more traditional look. 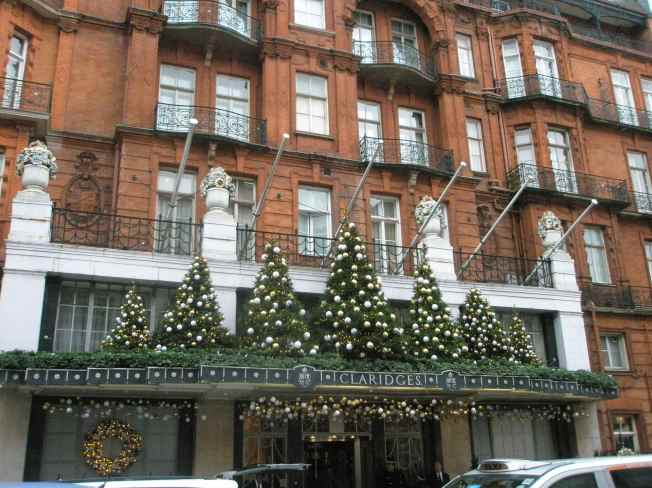