I wanted to upload a little video of MasterB to YouTube, but i-Movie and YouTube aren’t talking, so after a lot of time and effort resulting in total failure, I have given up.

I could feel quite cast down, but the weather is too nice for that. It is so very definitely spring. Yesterday I was on the river and there was even the promise of summer in the air. I was on one of the City Cruise boats and had the lower, inside deck almost to my self. I did go aloft for a moment or two. It was packed. 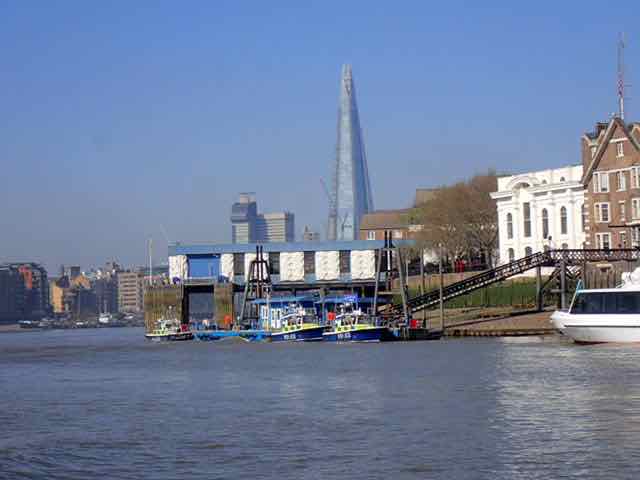 Aunt turned 92 today. I am going to spend a few days with her later in the week. This is likely to be her last birthday. She has decided against having a stent put in, so as her oesophagus narrows she will be unable to swallow. We have been in a flurry, making sure the specaist nurse knows of her decision and that the palliative care nurse are aware and ready to spring into action when she needs them so that she doesn’t get whisked away to hospital.

I must admit that, while I support her decision, I am finding it all quite difficult as the second anniversary of Mother’s death approaches. We may get to the pub at Reach and the Organic Farm if she feels up to it. She spoke wistfully of the marina tonight, so maybe she would like to go there. We shall see.

Spring Watch on Easter Monday announced a new poll to find out the nation’s favourite spring flower. Aunt might enjoy taking part in that. I can’t make up my mind. At first I was firmly for the bluebell, but our celandines make my heart leap, and tulips have a wonderful blowsy profligacy. Celia, more decisive than I, goes for fritillary.

These were growing at the allotment. I need to learn how to photograph them. 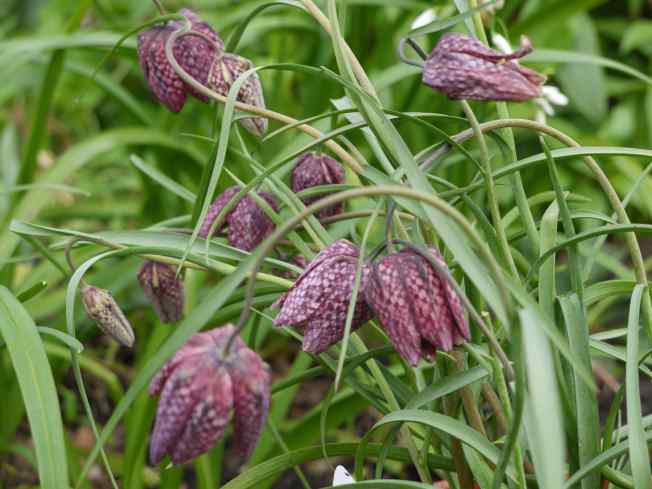 It was the rhubarb that caught my eye and turned my soul green. I had been quite happy, no make that thrilled to see the two little sticks of my own plant poking through the soil. Another joined them today. But look at this: 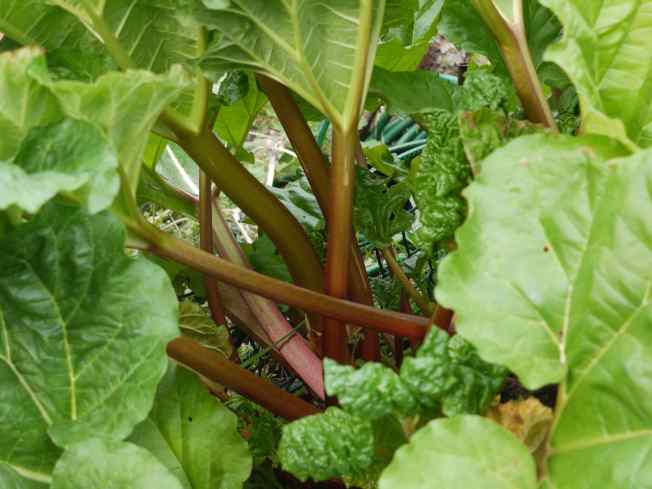 I may have to start carrying a shovel and bag and follow the police horses around London.

17 thoughts on “Of Spring Days, Aunt, Mortality, Flowers and Rhubarb”