I expect she has doubled in size since I saw her. While I was in NI she seemed to grow very day. 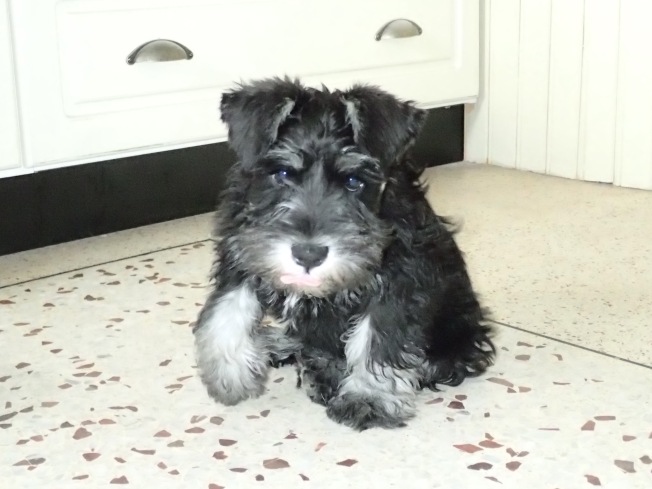 Like many young things she’s a bundle of energy, racing about, demanding play from the two adult dogs, then suddenly keeling over and sleeping soundly while her batteries recharged.

Pip the Jack Russell who would like to be the Boss, but shows no discernible leadership qualities, was frankly disturbed by her. His snaps were due more to fear than aggression, and by the end of my ten days, he was inviting her to play, rolling over onto his back submissively, and enjoying running and chasing games.

But it was Westie Boy who was her preferred playmate. No slouch himself in the thug department, he showed enormous patience with her, even hen she reached under him and tried to suckle his bits. 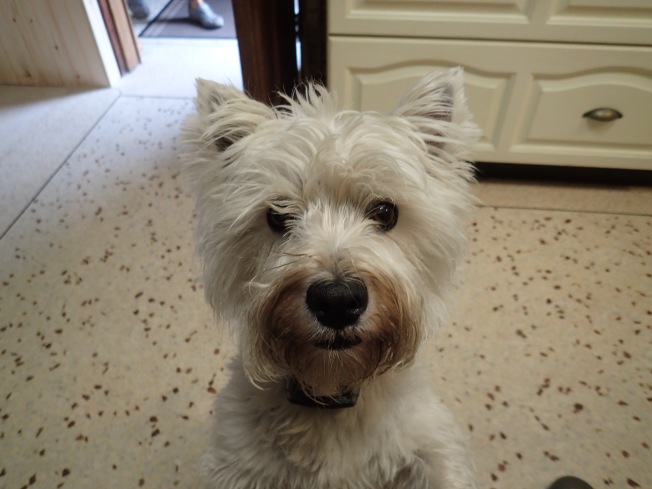 Most of my photos are a blur of moving grey and white fur.

Occasionally the boys got a break while the Thuglet destroyed newspaper laid down to protect the floor from paint. 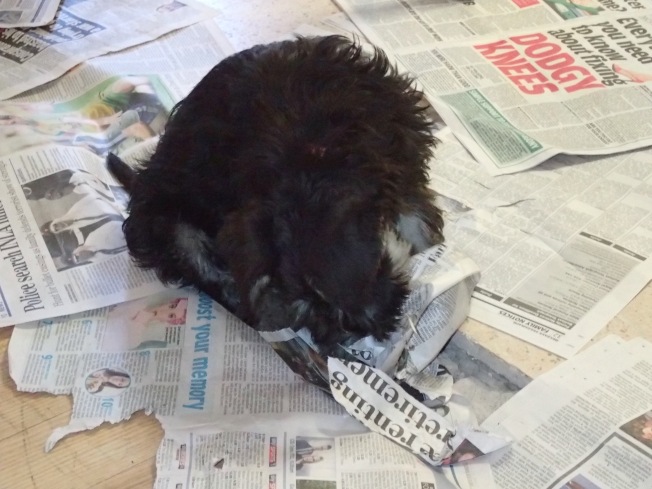 Showing Due Respect to the Daily Mail

Fido the cat resisted her appeals to play. 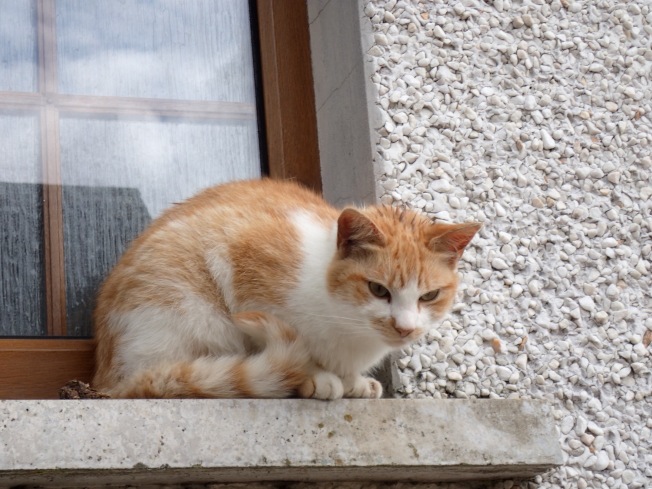 I don’t think so

Hmm time for plan B

And just very occasionally she sits still and does nothing.

10 thoughts on “The Thuglet”