It seemed people didn’t want to leave. I had been working and so unable to be in Trafalgar Square this afternoon, but I wondered if there might be some remnants of what had been going on, so I walked down from Green Park to have a gander. As I turned the corner towards the National Gallery I could see the flag still flying at half-mast, and a number of police in hi-viz jackets standing looking relaxed.

The screen caught my attention.

People talking quietly; some on their own looking thoughtful; some huddled together silently. 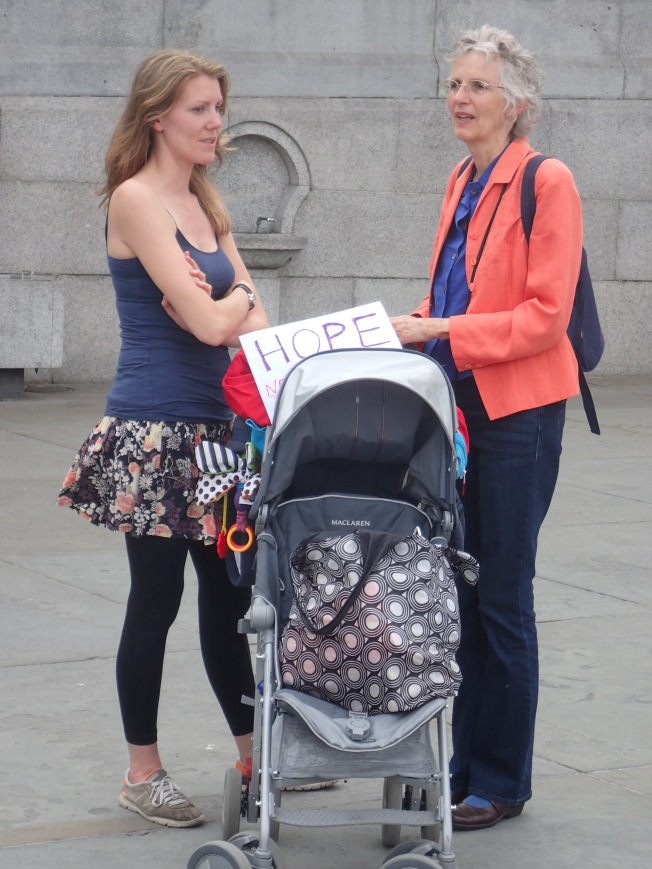 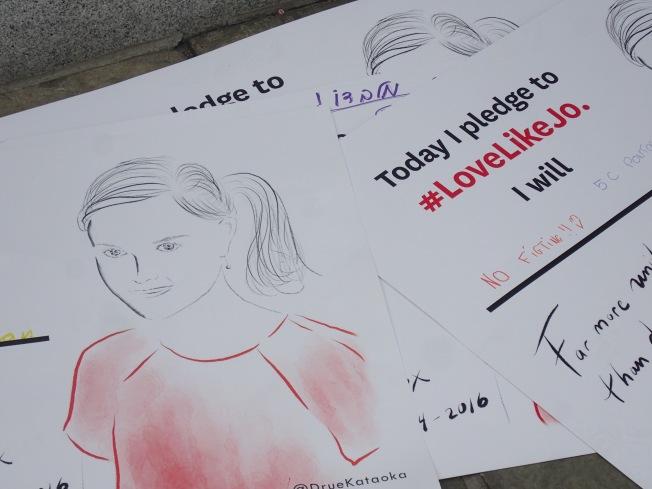 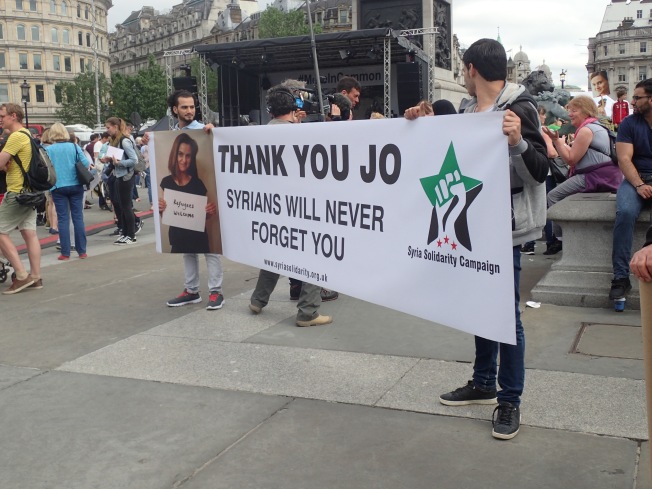 There were people of all ages, all creeds, all races.

I spotted Kate Allen of Amnesty International who I met briefly outside the Saudi embassy when I joined a protest against the imprisonment and punishment of Saudi blogger Raif Badawi. She wouldn’t remember me, but I approached another Amnesty person and asked her how it had been. She was at first fairly unforthcoming, but I think that was due to emotion. I explained I had wanted to be there but had been working. She loosened up, spoke of poems read by Billy Nighy and Gillian Anderson; said that Malala spoke and said we will remember Jo Cox alive; Brendan Cox, whose heart must surely be in a thousand pieces, spoke and said it was an irony that a killing motivated by hate had unleashed such an outpouring of love. That was the moment when my tears started flowing. She said Lily Allen had sung; Bono had spoken by video link; the cast of Les Mis had performed a song from the production.

Tomorrow this country votes in a referendum to decide whether we remain in Europe or not. No surprsie to learn I am voting IN, but after today, and seeing the reaction of people to Jo Cox’ murder, I feel a bit happier that even if we vote OUT, this is still a country where there are enough people who care about the things I care about.

If you watched the tributes made in the Commons on Monday, you’ll know MPs wore white roses, one of the symbols of Yorkshire where Jo Cox came from. More white roses were in evidence today, in the fountains, people were carrying them.

White roses on the merman

White rose petals in the fountain 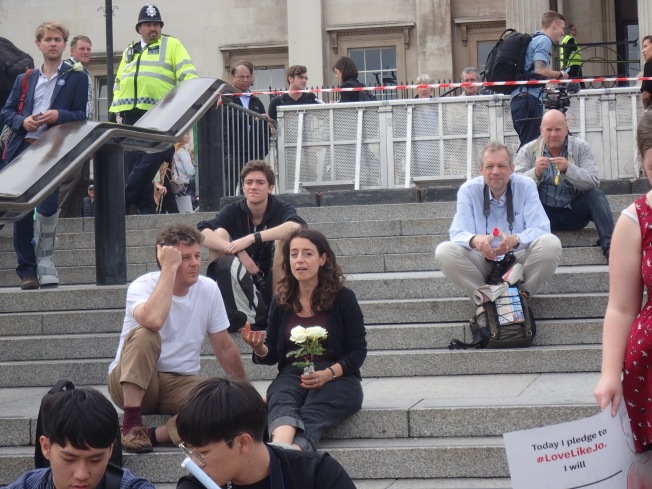 Bizarrely, there are those who think the reactions by people around the globe to this murder are all part of a plot. Quite a few think it’s a Zionist plot. Some believe there was no murder, that this is an elaborate ploiy of the Remain campaign. That tells me we live in a very sick world.
These make me more hopeful. 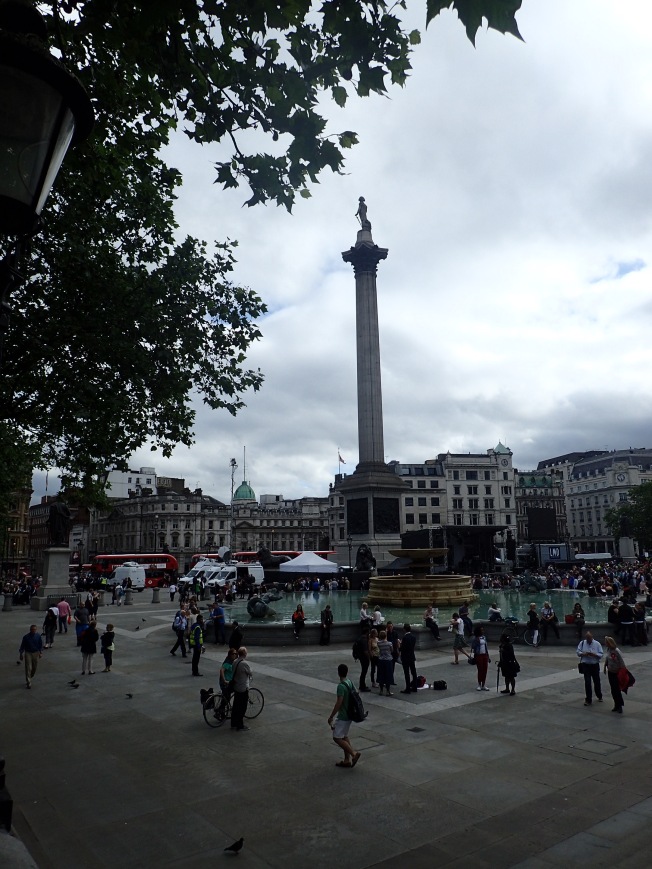 The Cox family now deserve some time away from the spotlight; a time to grieve in private; a time to adjust to this new unwelcome normal. I hope some of the love expressed today does something to sustain them, and that in time they will build new lives where Jo is a positive memory, but not a memory that restrains or restricts them, because from everything I’ve heard, that is not what she would have wanted.

In case you are wondering where this more in common business comes from, watch this:

Then weep for what we have lost, and pledge to continue her legacy.