My little mum was born a hundred years ago today in Larne Co Antrim. None of her siblings was born there, but my grandfather, not the most pleasant or successful person in our family’s history, had lost his farm and was working as a carter, probably in the docks. Mother didn’t like the fact she was born in Larne. It doesn’t have a great reputation. It does have the most hideous roundabout ornament I have ever seen, though it’s fairly new, and Mother never saw it.
The street she was born in has gone. Cousin and I visited a few years ago. In a shop, we found a painting of a hare that Cousin fell in love with. If you ever visit her home you’ll see a print of it on the wall.
I left my details with someone at the museum who told me that the person I needed to speak to to see if there were records of our family time in Larne extant was Marion. Unfortunately Marion was on holiday. More unfortunately Marion has never got in touch with me.
So Mother’s early circumstances remain unclear, though they were obviously pretty tough. I know she was baptised at home because she was sickly and thought unlikely to survive. But survive she did.
There are no pictures of her as a child. I think this one is the earliest one I have of her. She looks like a young teenager. She probably was.

You may recognise it. I posted it in 2013 after she died.

She looks so solemn, so vulnerable, just starting out, working as a nursing assistant in Belfast; her first steps on the road to becoming a State Registered Nurse.
In this picture she is smiling at the donkey who appears to be smiling back. I am the child bending into my mother.

Me and My Mum, With Donkeys

Here she is with her sister Margaret. Mother is the one holding the Cairn terrier, Snibby. 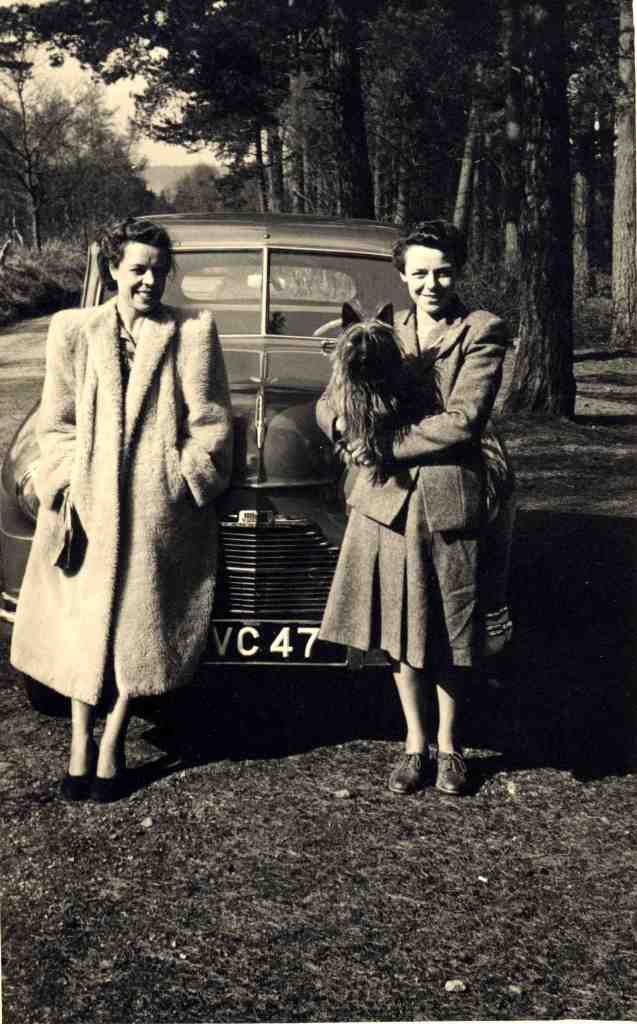 And here on her wedding day, on my father’s arm. His best man with whom he served in the Royal Marine Commandos in the Second World War, on her left. Her sister Margaret is on my father’s right.

I am glad I have photos of her, photos of when I knew her, and from her life before I was born. They only tell a partial story of her life, but now that she’s dead, these pictures hold stories and memories I cherish.

5 thoughts on “Mother, born a hundred years ago today”