A bit of a break from the doom and gloom as it is Celia’s birthday today. We set out for a walk in glorious sunshine. It had been chilly when I woke, but the sun’s warmth was evident by ten and I wore my jumper tied around my neck for the whole outing. Celia liked the card I gave her. It was in the drawer but I have a sneaking feeling I may have bought it with her in mind. Card shops are not essential so there was no question of choosing one last week. I had hoped to have a small gift to give her On the Day, having given her a hula hoop a few weeks a go as an early birthday present cum exercise opportunity in lockdown, but despite it being due on Friday, the she will have to wait until later in the week.

We headed up towards the river. At West Square there were signs for a Mayathon. It should have said Aprilathon as we quickly realised it was happening while we were there. Today should have been the London Marathon. There were certainly lots of runners about. 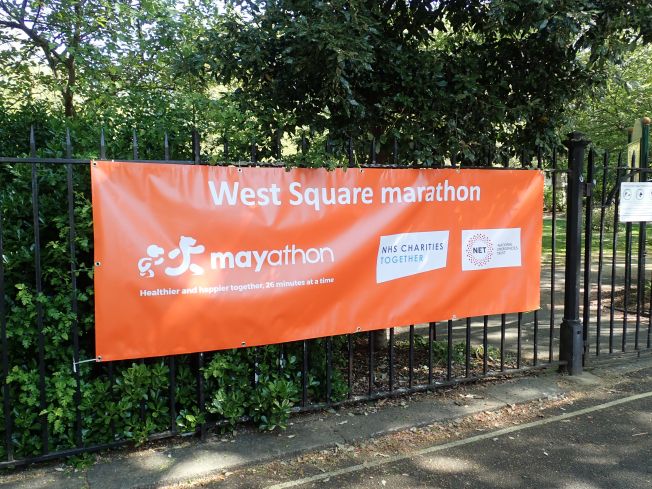 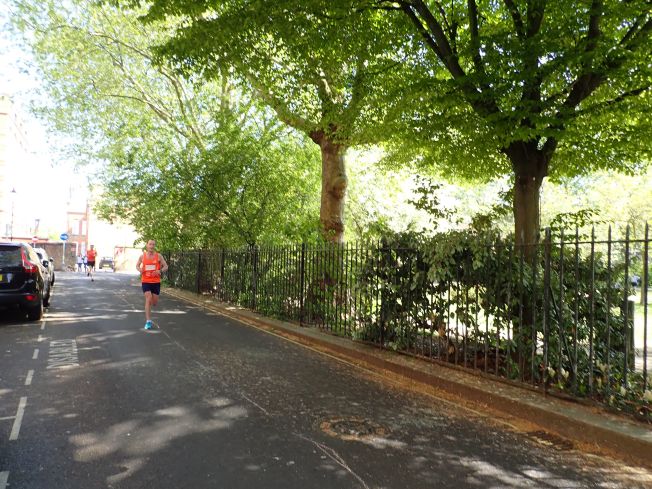 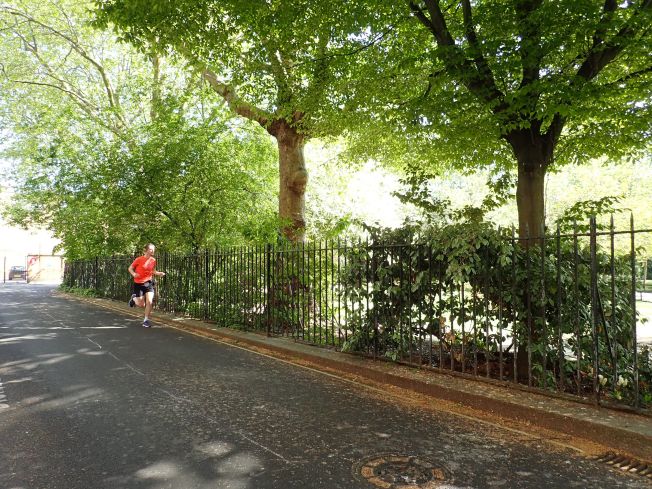 Sally, Celia’s cousin called while we were walking. She lives in Greece, so there was an international dimension to the race.

Outside Morley Adult Education College the Guerrilla Gardeners had been at work. 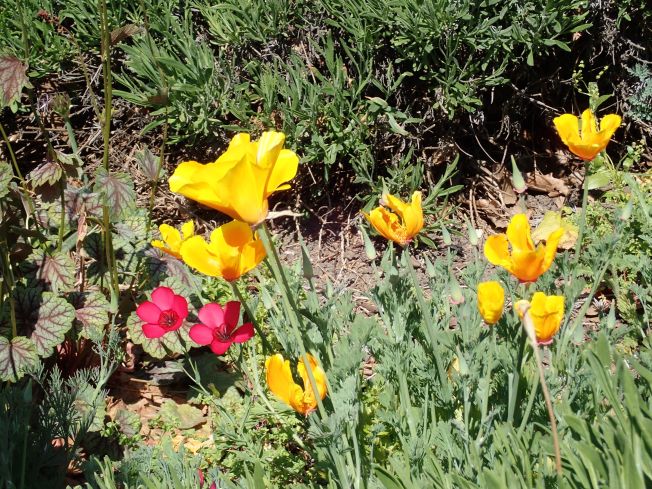 In a street close by, a poppy had seeded itself into the path. 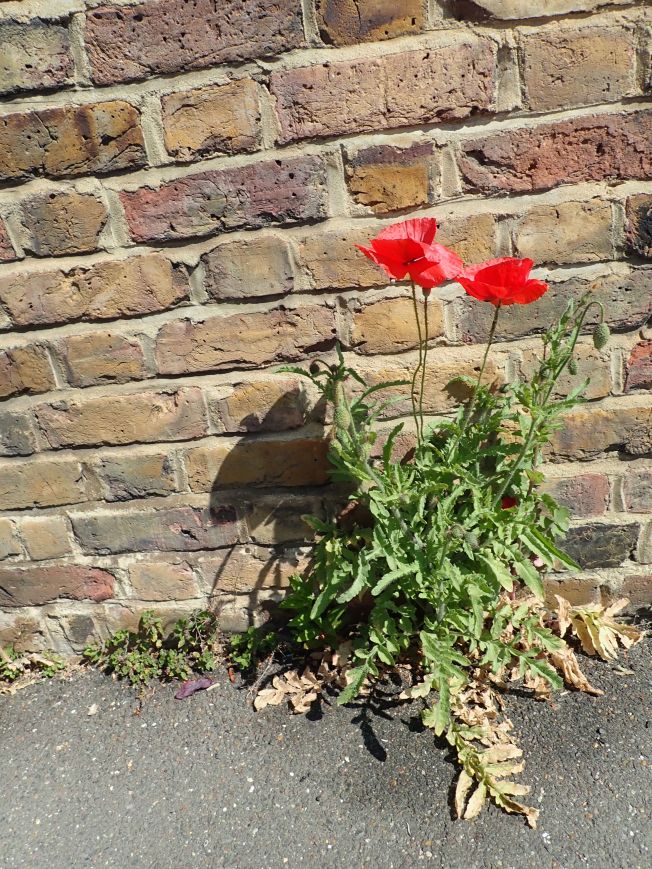 Among the paintings of rainbows one set of windows stood out.

A house in the same street had a different use for its windows.

The Waterloo ambulance station was at the end of the street. 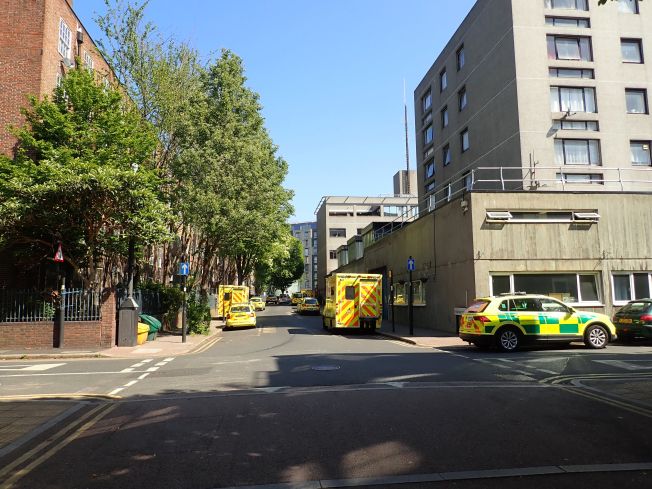 We passed the Old Vic, closed for now, but with the promise of future performances.

As we neared the National Theatre and the South Bank we saw a large white, temporary structure with no windows. Is this a mortuary Celia wondered. 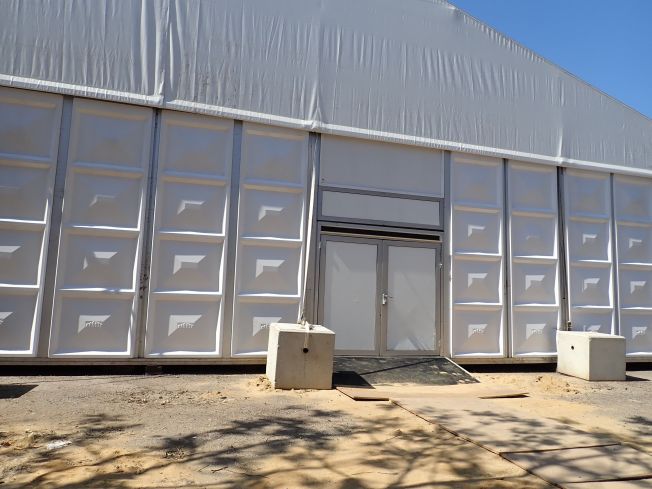 Is this a mortuary? 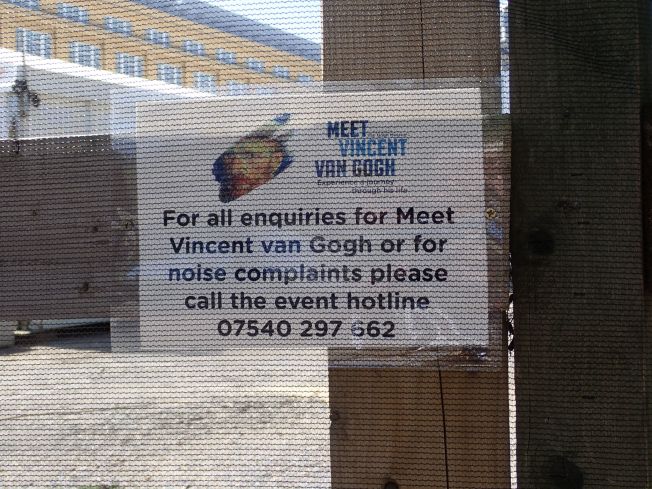 The river was beautiful and we stood and gazed. It was low tide. A goose swam determinedly into the middle of the water. I took an unofficial birthday photo. 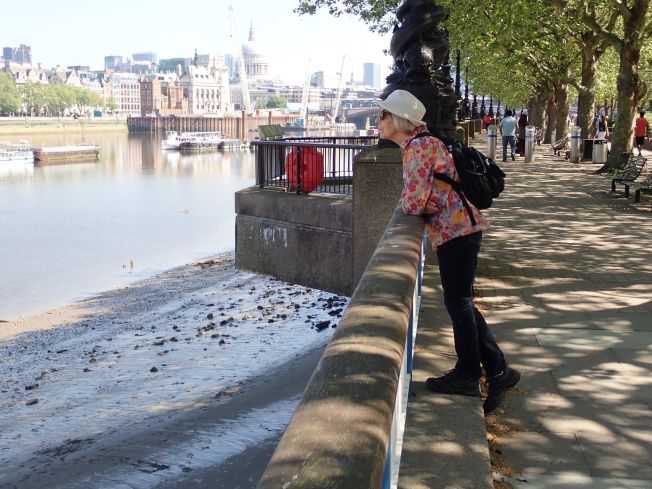 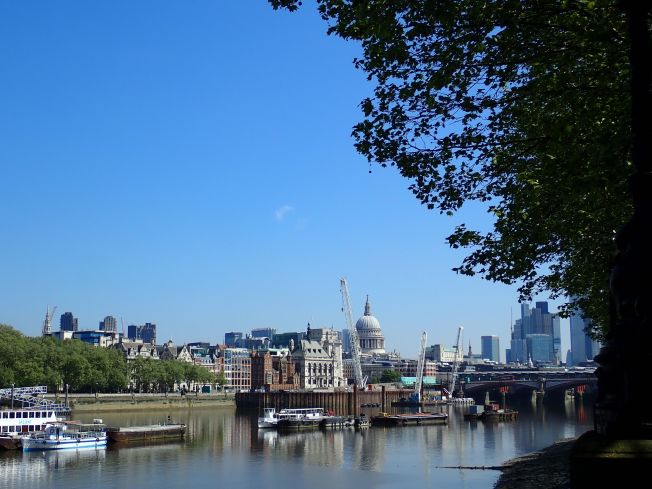 The River and St Paul’s

Suddenly there seemed a lot of people had also had the idea of walking by the South Bank. We noted the sign for a minute’s silence on Tuesday for all the key workers who have died, and turned in the direction of home.

My bladder had been reminding me at increasingly frequent intervals that it would like to be emptied. Celia pointed to some shrubs. I felt I could hold on.

A bit further on on I took the official birthday photo of Celia among the daisies. A cat sat behind a large gate, safely watching two dogs being exercised. 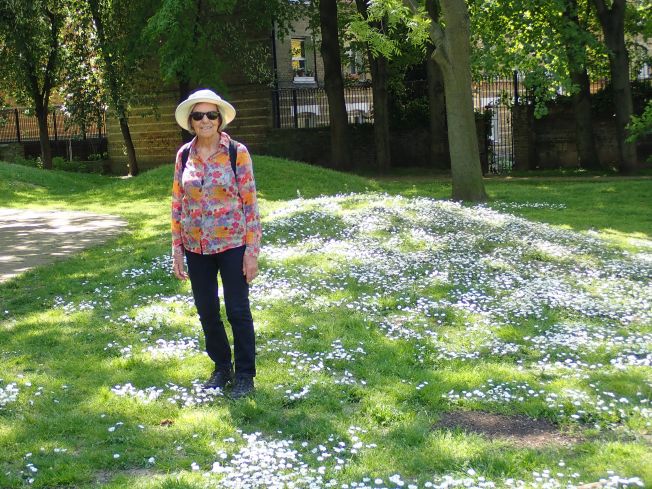 I took a few more pictures of flowers as we made our way back. My bladder’s messages were almost continuous, and a short distance from home I left Celia to march away home. My neighbour Carol wanted to talk. Sorry, not now, I said as I shot past her garden. Made it. The relief.

Since then I have enjoyed champagne and salad in Celia’s garden, almost finished the jigsaw, spoken to Michèle and cuddled MasterB. I am determined to be in bed before eleven tonight.

I hope Celia enjoyed her birthday and her socially distanced gathering. I did.