The month comes to an end with a wet evening, although this morning was dry and warm. Last night we sat in a group of six in the dusk then dark drinking and talking, nibbling on crips, or in my case water melon. Actually we were seven, but before your outrage and rule breaking surges, the seventh was feline. Not MasterB who was snoozing indoors, and took his constitutional later, but Hartley.

Hartley had a lovely evening. He found B&J before they even had time to sit down. He made sure he acknowledged each member of our little group, and checked out Celia’s bag in case it had anything for him. J groomed him and his face expressed his bliss. Later Celia groomed him as well, so if he keeps a diary I suspect yesterday would have been a five star day.

Celia had returned from Wales earlier in the day and rescued me from the computer screen by suggesting a walk in Burgess Park. It was another beautiful afternoon. And very autumnal. There were swathes of michaelmas daisies. 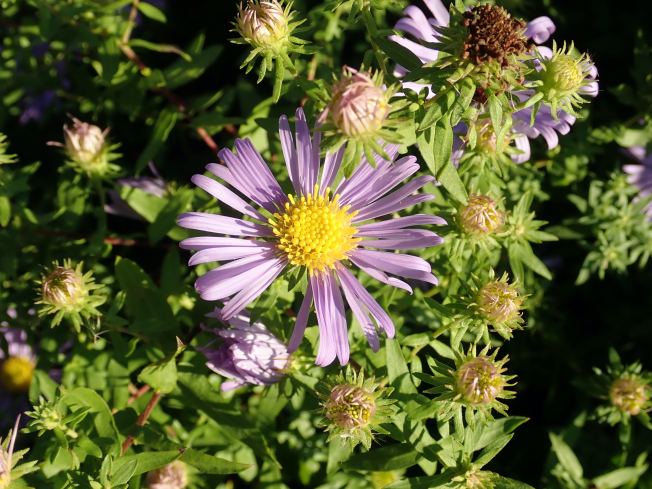 The South London Botanical Institute is not offering fungi identification at the moment, though I notice it has an open day tomorrow to visit its garden. Celia’s interest in fungi has not waned and we spotted a wonderful specimen at the base of a tree. 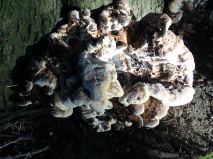 Not everyone was interested in fungal growths. The park wore an air of contentment. 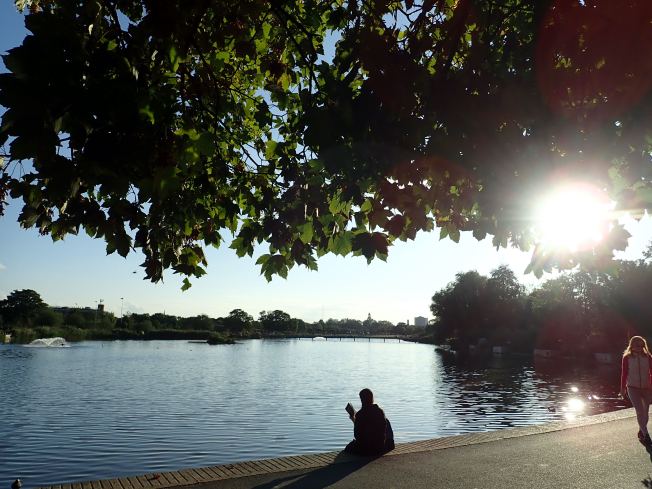 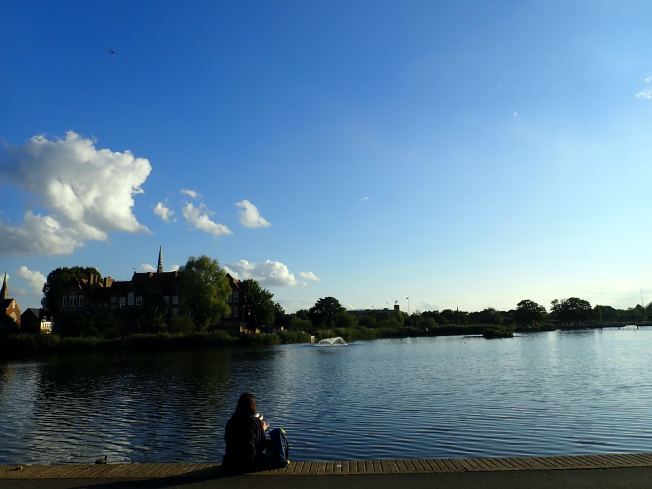 There was six month old cockapoo called Zsa Zsa who made everyone in her path smile. I didn’t get a photograph, but I did get a share of the joy she spread.

A swan was very accommodating, swimming close to the edge of the pond in perfect light.

Swan and duck who is leaving the scene 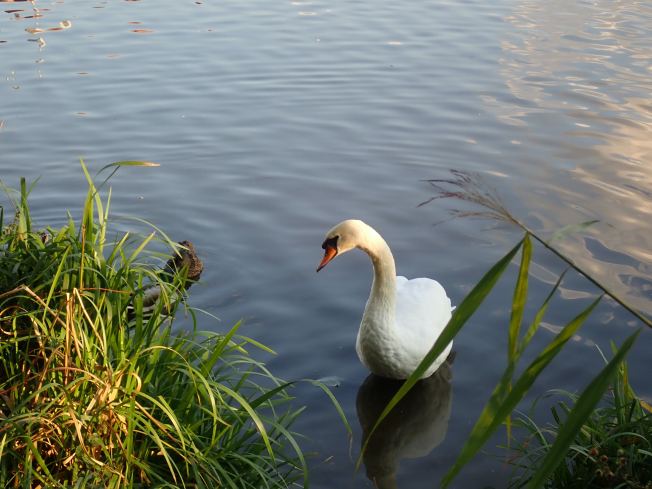 The walk and the park did its magic as exercise and nature so often does.

One thought on “The Coronavirus Diaries, 30th September 2020”