Not the most original title I grant you, but heartfelt nonetheless.

There have been low and sad spots. That goes without saying really. Beyond the personal, there have been some truly awful bits, and things that worry me for the future. Nigel Farage to name but one. END_OF_DOCUMENT_TOKEN_TO_BE_REPLACED 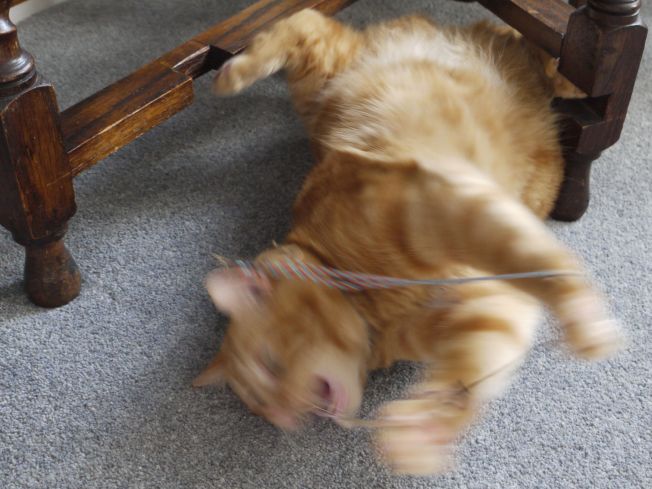 END_OF_DOCUMENT_TOKEN_TO_BE_REPLACED

Back at the house, we ordered take-away pizza. By we, I mean O. I am not long home after the funeral. It was great. As a send-off to the afterlife, you couldn’t wish for more.
The wicker coffin and the flowers were beautiful. That was the moment when I think I really began to comprehend that Caroline is dead. This is it. There will be no more random meetings in local shops; no more exchanged texts or gifts of squash. Caroline is dead. But. The crematorium is a distance away. O had first organised a fleet of limousines and then, in an inspired and radical moment hired a Routemaster instead. We traveled in style behind the hearse. The front of the bus said “Goodbye Caroline”. In the two hundred history of Albin’s this was their first Routemaster cortège. They took photographs. For once, I didn’t.

END_OF_DOCUMENT_TOKEN_TO_BE_REPLACED

Tonight’s the night. The Paralympic Opening Ceremony. I’m guessing that over the next two weeks we’ll become as familiar with some of the athletes as we were with the Olympics, or the Warm Up Act as they are being called now. Channel 4 has done a great job of getting us up to speed with some of the sports we never knew about, and I loved Jon Snow’s description last week in The Guardian of his experiences when he tried blind cycling:

As a cyclist, though, I have to confess that blind cycling is the sport that finally scared the Lycra pants off me. A few months back I made my way to the Manchester velodrome to experience the sport. The track was swarming with Olympic and Paralympic cyclists alike. It was here that I encountered some of the British military amputees from the Iraq and Afghan wars. Some had lost a leg and sported incredibly engineered prosthetics that were cleated into the pedal. Others had lost an arm and were aided by brilliantly conceived handle bar grips attached to their artificial arm.
END_OF_DOCUMENT_TOKEN_TO_BE_REPLACED

You know those moments when you just know you are where you are meant to be, doing what you are meant to be doing and everything slots into place and you have a feeling of perfect happiness?
Me too. Last night. South Bank.
I was late and I could hear the helicopter while I was still on Westminster Bridge. I am not supposed to run with my bad knee. But if you don’t tell the consultant, I shan’t either. And actually it feels ok today.
I reached the area in front of the Eye. Lots of people were milling about. Many of them ignorant of what suddenly happened. Poems were raining down on us to mark the opening of the Parnassus Poetry Festival. People were diving, leaping, running, competing for these bookmark-like pieces of cardboard. Then walking with them held in their hands. Watching the sky for the next drop. 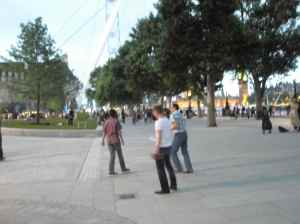 Hold Onto Your Poem

When Pinochet was deposed and freedom of speech restored in Chile they bombed the capital with the poems they had not been allowed to say. It was a Chilean organisation that organised last night’s rain too. So every poem was in English and Spanish.
I had my point and squirt with me, but that’s no excuse for these poor pictures. Rather that I was too busy doing other things.
I didn’t give an impromptu performance of the poems that I gathered as this American student did. END_OF_DOCUMENT_TOKEN_TO_BE_REPLACED

If Not Cat does not sleep soundly tonight I shall worry.
He has been on the go since lunchtime. I can see that if I want to enjoy his companion animal services in the warmer months, I may have to put a tent up in the garden. This is his first spring with me.

Playing With the Sensor

Unbelievably, it is nearly a year since Cat died. A year since Mother hovered between life and death, and, as I now know, the beginning of her move into the nursing home.
Not Cat has eased some of the pain of Cat’s death. He, like Cat, has unknowingly provided support through some of the darker days of Mother’s decline. He has given us pleasure, and somehow, hope. END_OF_DOCUMENT_TOKEN_TO_BE_REPLACED

Cousin’s new dog is Not Cat in canine form. He’s not quite a year, and previously lived with a family. Unfortunately, one of the children developed an allergy to him, so he swapped his urban Belfast environment for the wide open spaces of the country.
He’s a bundle of energy and joie de vivre; busy as a bee in summertime. He took one of my boots to the hearth, and strewed my washing round the kitchen. I haven’t managed to unpack completely because he is so eager to explore my bag. When I zipped it shut, he lay on it and chewed a corner. His idea of helping me make the bed was to make off with the patchwork cover made out of old shirting. It’s a lovely object, and I’ll photograph. It belonged to my aunt, Cousin’s mother.
I keep calling him by Not Cat’s name, and having investigated my trousers pretty thoroughly, I’d guess he knows a fair bit about my boy.
I wish my foot were better, as taking this boy out for a walk would be a delight. His wonder and excitement at the world is marvellous to behold.

How lovely to cycle to work under blue skies this morning. To see purple and yellow crocus and white snowdrops in the park; sunlight hitting the top of the Victoria Tower and turning it golden; the gleaming steel and glass of the Eye; and the pale green familiar dome of the Imperial War Museum. Structures which have become like old friends; constant constellations in an urban firmament, renewed by spring.