My email was hacked and so everyone in my contacts got sent a spam which might have been a virus. The first I knew of it was opening my mail to see I had one hundred new messages. Most were fortunately saying the spam could not be delivered, so happily most friends and contacts obviously have pretty good security.

I had another couple from friends who thought it looked dodgy and wanted to know if I had sent it; one saying thank-you and how nice to hear from me; one from a friend who couldn’t open it and was mustard-keen to know what it was about.

It wasn’t the account I use here, and hopefully, it won’t have made its way to any other of my email addresses.

I contacted the service provider who promptly blocked my account. The next stage, getting a new code to reset my password, took far longer than the promised few minutes.

While I was waiting, instead of getting on with the work I should be doing now, I played with another photograph of the roses I posted earlier. In the end, I settled for a version which made me think of a book cover for a slightly creepy novel

Here is my original photo and the adjusted version: 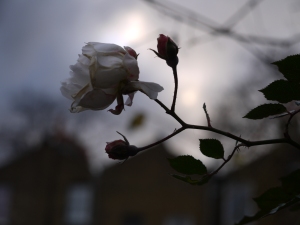 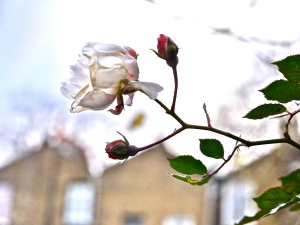 Two pictures of the same rose in the garden this morning. This winter is not cold, but there is an absence of colour which makes a little rose like this one stand out and seem precious. 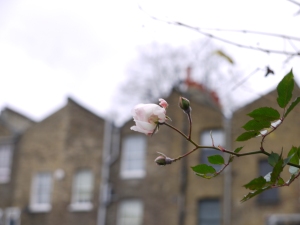 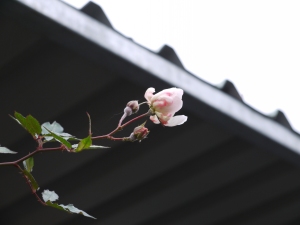 A Country Road, A Tree by Jo Baker about Samuel Beckett in France during the Second World War. I don’t know what the reviews were, I found it in the library and having loved Longbourn, borrowed it. I think it’s terrific.
I am absorbed.