More reposted pictures for the windows photo challenge I thought I had shared these before, and a bit of a search found them.

They were part of the Southbank summer festival in 2013. Four years ago. Unbelievable. I thought it could have been no more than two. END_OF_DOCUMENT_TOKEN_TO_BE_REPLACED

Despite summer having gone awol, and today being greyer than underwear that has made a lifetime’s habit if sneaking into the dark wash, people were out to enjoy themselves on the Southbank for the last weekend of the Festival of Love.

If you’re thinking, as I did, hang on a second, wasn’t the Festival of Love last year? Yes, it was.

My own guess is that this is a cost cutting exercise as the Southbank was not as exuberant as in previous summers; most of the installations had, to my eye, the air of being cheaper options.

But the theme was given a twist; love as a political force. Apparently there above the QEH there was an installation reworking Mandela’s statement that “if people can be taught to hate, they can be taught to love”, but I was blowed if I could find it. Unless this was it. 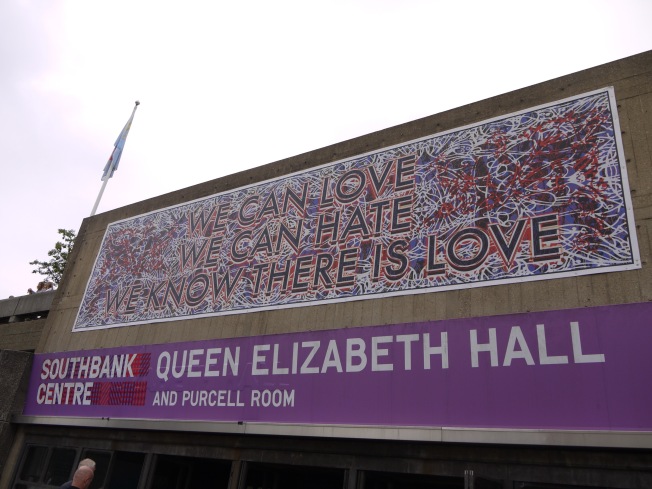 In the RFH there were posters with pictures of Change Makers, people whose actions have improved the world.

END_OF_DOCUMENT_TOKEN_TO_BE_REPLACED

Summer has made a welcome return and I spent the afternoon at the Southbank enjoying the last hours of this year’s festival: The Festival of Love.

It had all the hallmarks of previous festivals: bucketfuls of imagination; infectious humour; accessibility no matter what your age or backgroundand; boundless joy. 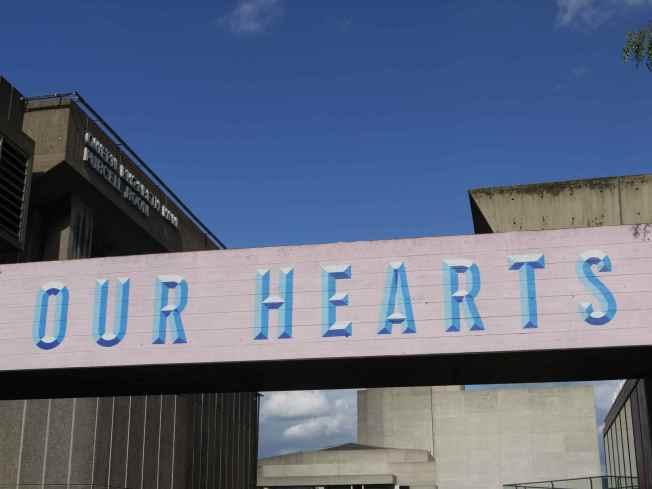 END_OF_DOCUMENT_TOKEN_TO_BE_REPLACED

Until Friday, I was a WOW virgin. Now I am already blocking out dates in next year’s diary to make sure I don’t miss it. The Women of the World Festival has been running since Wednesday and ends today. So if you’ve not been to anything at WOW (which I keep mistyping as WOE, rather worryingly) and you can push aside other demands and commitments, make a dash for the Southbank as this will be your last chance until 2015. I am shocked that this is WOW’s fourth year, yet the first time I have attended any part of it.
Five of us had a Girls’ Night Out on Friday attending the WOW Laureates’ Night.
Did you know that for the first time in history, all five poet laureates in the UK and the Republic of Ireland are women? Isn’t that amazing? The event was sold out. The QEH was packed. We cheered, we clapped, we sat in awed and appreciative silence. I cried. I suspect others did too. Poetry is the new rock ‘n’roll. There were too many stand out moments to list. Carol Ann Duffy’s two tributes to her mother hit personal nerves, especially as the Londonderry Air/Danny Boy was played in accompaniment to one. It was one of the pieces of music we chose for Mother’s funeral. She was a girl from Co Derry. Another that made me tingle was Sinéad Morrissey’s Genetics, and after the performances had ended it was her book with that poem that I bought. The personal made the first great impression, but by yesterday morning I was ready for a wider appreciation, and the poem that was sounding in my head, and is sounding again today, was Gillian Clarke’s Six Bells, commemorating the 1960 mining disaster. I had read it before, and found it beautiful, now its full strength became apparent, and I love the way it captures the ordinariness of life that goes on when something major happens, and those ordinary things embody the significance of the moment and acquire significance themselves.
Six Bells
28 June 1960

Perhaps a woman hanging out the wash
paused, hearing something, a sudden hush,
a pulse inside the earth like a blow to the heart,
holding in her arms the wet weight
of her wedding sheets, his shirts. Perhaps
heads lifted from the work of scrubbing steps,
hands stilled from wringing rainbows onto slate,
while below the town, deep in the pit
a rock-fall struck a spark from steel, and fired
the void, punched through the mine a fist
of blazing firedamp. As they died,
perhaps a silence, before sirens cried,
before the people gathered in the street,
before she’d finished hanging out her sheets.

END_OF_DOCUMENT_TOKEN_TO_BE_REPLACED

There are more windows on the Southbank this summer. Hanging over the pavement, framing the view of the Thames, taking up the spaces where there would usually be something less transparent. 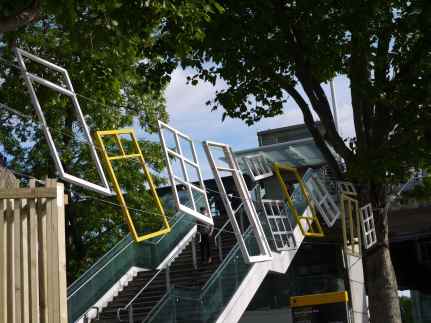 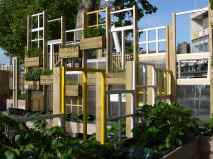 It’s all part of the Festival of Neighbourhood, the growing part. 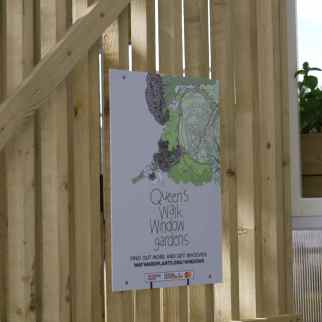 END_OF_DOCUMENT_TOKEN_TO_BE_REPLACED

I love the Southbank. I think it should be available on prescription worldwide. I was up and down this morning, as was the weather. MasterB cuddled up beside me and fell asleep on my arm. I could have spent the day at home and isolated. I didn’t need a lot if encouragement. Fortunately a fly came through an open window and ignited MasterB’s inner hunter. I picked up my camera and headed for the Southbank. I took lots of photos. Far too many to share today.
If you grew up in the UK, you probably connect with these colours displayed on a door in the undercroft. 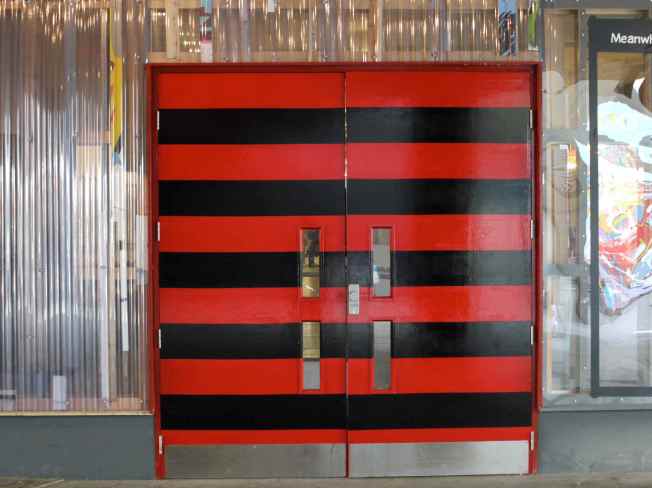